Yemeksepeti, which has been operating since 2001, has entered a major renewal process since the start of 2022. However, this change seems to have taken the platform years back, not forwards. So how do users feel?

Yemeksepeti, which introduced the culture of online food ordering to all of Turkey, was founded in 2001 by Nevzat Aydın. German Quick Order Network for $589 million in 2015 delivery heroThe company sold to “The highest sale in the history of Turkey” was recorded as.

In fact, after 2015 things got better for Yemeksepeti. Thanks to the power of Delivery Hero, the company, which has expanded outside of Turkey, has become one of the pioneers of the fast-paced market order sector in Turkey with the Banabi brand, with which it will face later many competitors. doesn’t work for the company either.

The beginning of a great change… The new era of Yemeksepeti began with the departure of its founder:

First of all, it should be noted that this change is normal for the business world. Mert Baki, who has worked as a senior manager in the company for many years, took over as general manager after the departure of founder Nevzat Aydın in November 2021. A few months later, in May 2022, Yemeksepeti, whose web application design and mobiles has been completely renewed, is unfortunately known for the negative experiences it has given to end users and business partners, rather than for its successes.

Before the design change, the main problem was data security: however, it was Yemeksepeti’s attitude and not security that amplified the problem:

The crisis, which began with the claim that the data of 30 million users, which we summarized in the video above, had been seized, was a difficult entry into the new era for Yemeksepeti. However, what amplified the problem was not the theft of the data, but the company’s persistent refusal to do so. Despite its rejection, the KVKK imposed an administrative fine of 1 million 9000 thousand TL on the company, which was not a deterrent at all, 3 months after the incident. After the sentencing, the events were largely forgotten.

So why is it important for KVKK to impose dissuasive sanctions? In fact, it has nothing to do directly with Yemeksepeti. In an environment where everything is increasingly digital, all companies must take responsibility and unfortunately, it is often the sanction that triggers security investments. For example, Facebook Cambridge Analytica It still continues in the United States and Europe after the scandal. However, similar incidents across our country are quickly forgotten and the legal process results in penalties that big business won’t mind.

Even after such an event, concerns did not dissipate: even months later, some users reported that food had been ordered out of the blue via stored credit cards:

If these security-based complaints filed in June 2022 are true, it’s clear that much of the allegedly stolen data is still in the hands of bad guys. Today, when you provide your email address, there are platforms that indicate whether it has already been captured by hackers, but Yemeksepeti does not provide regular information to its users, and when financial grievances arise, it receives feedback.

Yemeksepeti users cannot feel the company on their side at this point. In the digital age, it shouldn’t be difficult to accept that data leaks are a natural result and to take steps such as notifying users who have been harmed and warning them to change their card details. .

Data breaches that are now certain to have occurred, unresponsive users who come forward to report themselves as victims, belated corporate disclosures made in an attempt to “dismiss what happened” have deterred users from Yemeksepeti:

As a result, many people left Yemeksepeti and started using other apps as they now have different options.

Yet the right measures are not being taken. For example, the Muhtarlik feature, whose function could not be fully resolved, was removed from the platform: 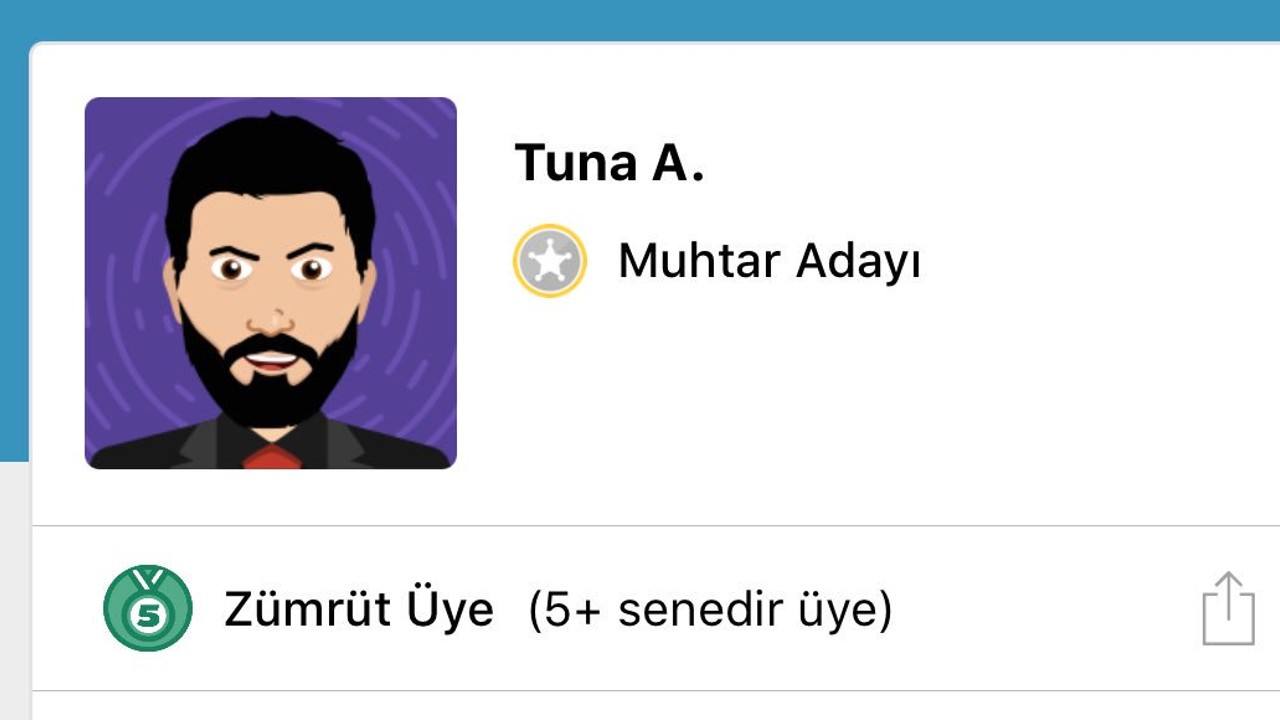 No one had been able to figure out why such a “gamification” feature was being used, and what the points earned by ordering were used for other than ranking. It’s good that it was deleted…

In addition, the Yemeksepeti unmanned delivery robot started operating in Yebo at such a time: However, no initiative received a response from the general public. 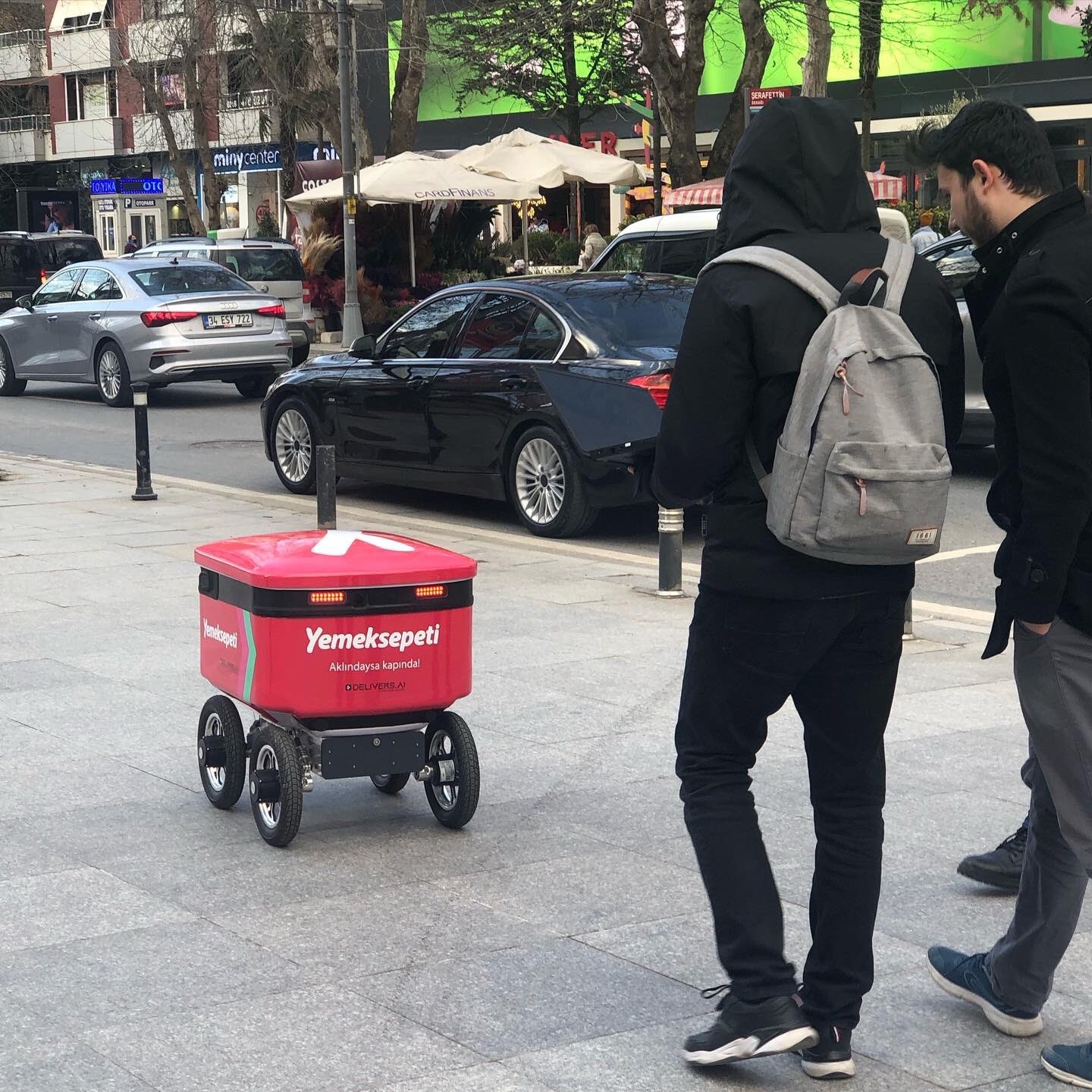 Unmanned order deliveries made in Caddebostan, Istanbul, showed that the company is not behind its global competitors in next-generation technologies. The news of “using the order robot” was not a big deal for a user who struggled to meet his more basic needs of the delivery robot or worried about information security, and this concern was not taken into account by the company.

Along with all these events, there was another event that affected the overall quality and position of Yemeksepeti in the eyes of society: the courier shares. 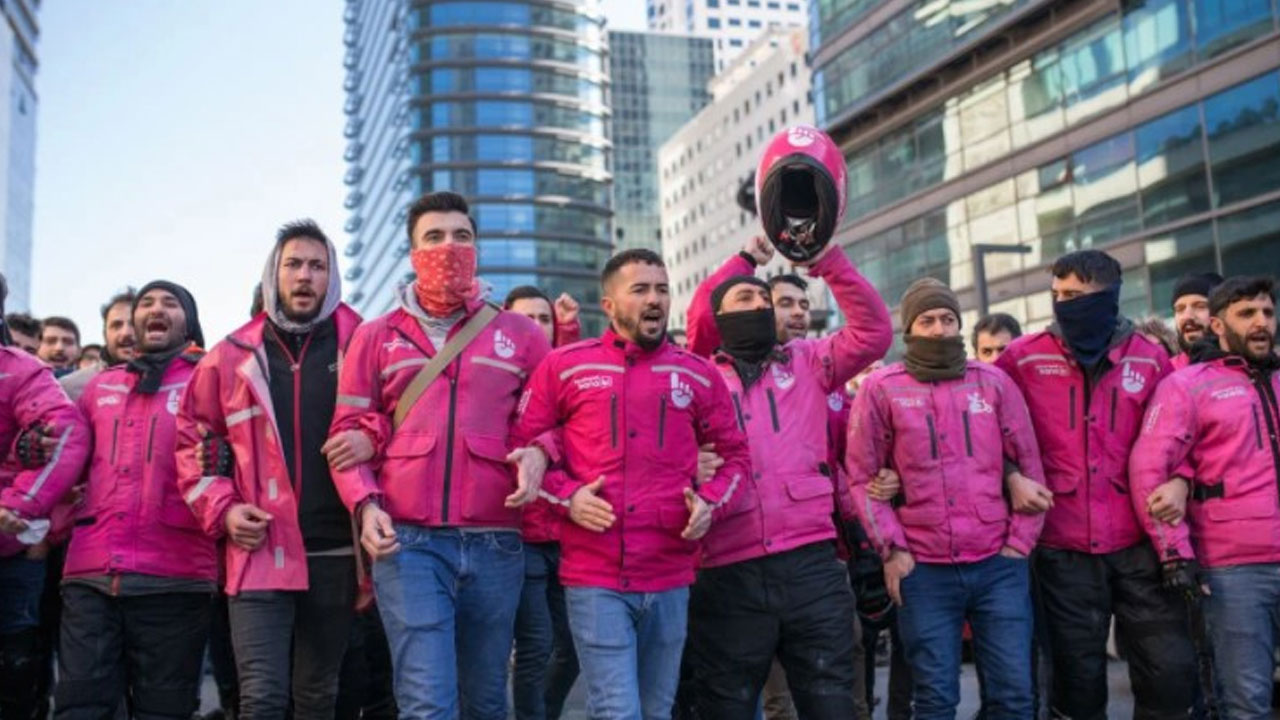 Nevzat Aydın, then the head of the company, first reacted to the controversial working conditions in 2021. However, as economic conditions have toughened, these reactions have taken shape and turned into action.

Simultaneously in January, the couriers of companies such as Trendyol and Hepsiburada began to act because their economic demands were not met. For Yemeksepeti, this process took longer, around 3 months, compared to other companies. You may recall that Haluk Levent who solved the Migros case stepped in and tried to make the case smoother… The claims that the couriers were fired during a press interview were recorded, and even an old courier made the statement “Even breathing is a crime”.

Courier actions are not unique to Turkey or companies in our country. As the effects of the pandemic began to wear off with 2022, the ordering apps we use less have entered a downward trend. Indeed, an investigation was launched by the Ministry of Labor in New York against Getir, the first decacorn of Turkey. It should also be noted that an increase in the number of such cases is expected.

From the moment Yemeksepeti arrived, restaurants that are business partners also started complaining:

The claim that the orders came from closed restaurants created a completely different agenda. Restaurant owners believe this will hurt customers and may lead to poor judgments about their own business. And they’re right… Who wants to place an order that will never arrive?

Some restaurants have even been seen to advertise as follows due to the problems in Yemeksepeti:

There are also allegations that restaurants are unaware of orders placed:

The grievances experienced are not limited only to technical problems in the applications:

The situation is sometimes summarized on LinkedIn as follows:

Some customers have also started reporting their issues to restaurants in the form of order notes:

So what do you think Yemeksepeti should follow? You can write your thoughts in the comments section.